Beating the Weeds at Kerikeri 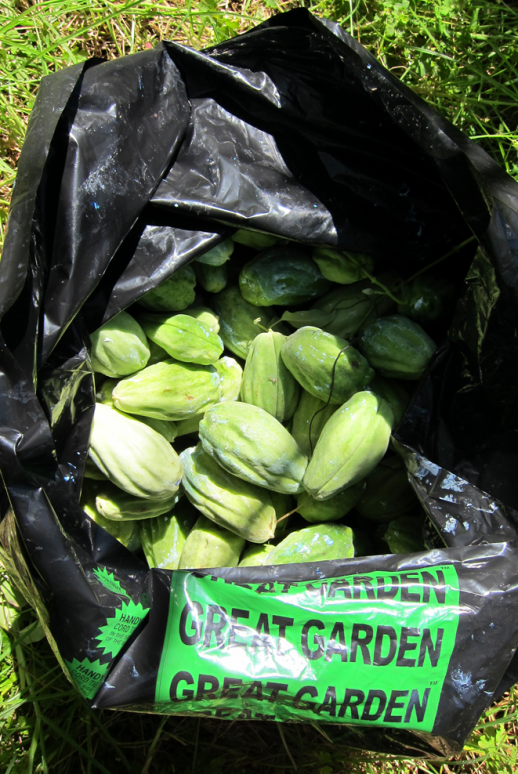 Ever noticed weedy invasions when out walking in the bush and questioned why ‘somebody’ isn’t doing something about them?

That’s exactly what Barbara Parris asked herself while walking along the Kerikeri River some years ago, observing that a number of weedy exotic plants had ‘jumped the fence’ from local gardens and established in public reserves there.

“While muttering about somebody needing to do something about the weeds, I had a lightbulb moment and realized that I should be the ‘somebody’!” Barbara says.

Chats with neighbours and an advertisement in the local paper resulted in four keen volunteers putting their hands up to form the Kerikeri Basin Weedbusters group in 2003. They got stuck in and started battling the weeds in the reserves, with more members joining over the years.

The system protects a rare remnant of lowland forest, which will eventually collapse if regeneration is unable to take place.

“Most of this forest type has been lost to land development so this patch is pretty special. It just needs its local humans to nurse its biodiversity back to full health,” Barbara says.

The weedbusters’ mission is to clear the reserves’ understorey of smothering weeds so native plants get a chance to regenerate. Japanese honeysuckle, wild ginger, Taiwan cherry, tradescantia and tree privet are their main focus, but other weedy species are also turning up.

“We have noticed a recent new invasion of Bangalow palm seedlings which we have been pulling up by the hundreds. Another garden escapee that unfortunately seems to like growing in the reserve,” says Barbara.

Tracks in the reserves form part of the Te Araroa trail that runs the length of New Zealand, so trekkers and tourists are often passing through.

“Tourists often comment on the level of birdsong they hear in the reserves, which is probably due to animal pest control on neighbouring properties, but will be even better thanks to DOC’s recent predator control programme there.”

With more birds around spreading seeds after predator control, weeds have been given a bit of an advantage.

“We have to keep at them to stop them dominating and pushing out native plants,” Barbara says.

“Our weedbusting supports the animal pest control efforts. We want our locals and visitors to hear the birds but also to see our forests in their natural state, minus the weeds,” Barbara says.

Barbara’s voluntary weedbusting work doesn’t stop at the reserves. She and some of the Kerikeri Basin Weedbusters team formed the Project Island Song Weedbusters and catch the ferry on a weekly basis to help combat the explosion of weeds on seven local islands which have been pest mammal free since 2009.

Project Island Song is part of the Guardians of the Bay of Islands community group, which works in partnership with Te Rawhiti hapu and the Department of Conservation to restore ecological balance to the islands of the Eastern Bay of Islands.

The Project Island Song Weedbusters started on a ginger plant invasion that Barbara says was incredibly resilient and very difficult to get on top of. They’ve also tackled tobacco weed, inkweed, and apple of Sodom, which they think they might have just about beaten.

“And then there’s the moth plant, which has formed large colonies on some of the islands.

“It’s a nasty weed that smothers native plants and it also excretes a sap that some people are allergic to and is excruciatingly painful if you get it in your eyes,” Barbara says.

Barbara is glad that, all those years ago, she stepped up, instead of waiting for ‘somebody else’ to do something.

“Weedbusting isn’t for everyone, but for me it’s really rewarding knowing you are helping nature by getting rid of nasty weeds like the moth plant’, says Barbara, adding ‘it’s also a fantastic way to meet interesting people!”

The Kerikeri Basin Weedbusters are looking for more volunteers to add to their group so they can tackle weeds from a number of different approaches to the reserve system. The group meets on every 2nd and 4th Monday of the month, from 9am to noon. Contact Barbara Parris on Enable JavaScript to view protected content. if you are interested in helping out.

Project Island Song Weedbusters also welcome volunteers. They meet every Wednesday, weather and transport permitting, for a day’s weeding. Information about how to get involved can be found at www.projectislandsong.co.nz.

All around New Zealand, communities, private individuals, local government, central government, and research organisations are actively involved in Weedbusters work. This includes active control of weeds, as well as education about invasive weeds and pest plants.

The Weedbusters programme celebrates the efforts of these individuals, communities and organisations, and aims to spread the message that each of us has responsibility for stopping the spread of weeds.