Good days on the hill for Christ’s College Weedbusters 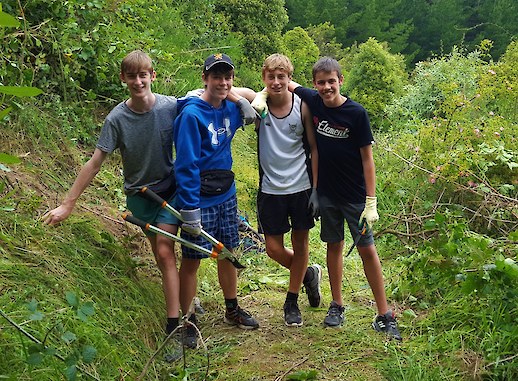 There’s a prime spot on Christchurch’s Port Hills which boys from Christ’s College are helping restore to a thriving native habitat.

The weedbusting and planting project carried out by the Banks Peninsula Conservation Trust in conjunction with the Lyttelton Port Company is in its early stages and already significant and highly visible gains have been made, and the Christ’s College boys are playing a part in it.

Covering 17 hectares, the work area known as the ‘Port Saddle’ is a significant landmark. It takes up a hefty chunk of Lyttelton Port Company land above the eastern edge of Lyttelton township.

The restoration relies on a concerted weedbusting effort chiefly targeting gorse and broom which dominate.

At the same time, the area is gradually being replanted with natives, but it is the vital weedbusting effort which is enabling this transformation to take place.

The Banks Peninsula Trust’s volunteer coordinator, Sophie Hartnell said boys from Christ’s College have worked on the Port Saddle as part of their community service.

“It’s a day outside for the boys and the work is physical. Its right on their backdoor step. They can see and know what’s going on. Some get a real connection and that’s a ‘win-win’ because it’ important that they can see where they have been working and what’s been achieved.”

Sophie said most of the work is part of the school’s service week where boys work for the benefit of the community, but students from the school have also put some of their own time in.

Sophie said there have been ‘pretty fantastic’ results so far. The boys are making a big difference with broom and gorse.

She said the volunteers don’t use sprays.

“We prefer to minimise spr 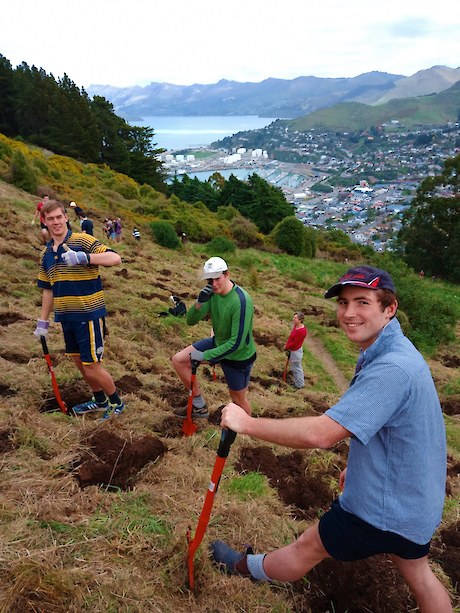 aying anyway because of the nearby community.”

She said there’s still a lot to do but the work that has been done so far is very visible.

“On the spur they are involved in something where they can see immediate results and know that they have contributed to something long-term.”

Senior student and head of the school’s environment committee, Cameron Jones said it’s good to plant, and see the progress that is being made.

“But you can’t plant if you don’t weed. Someone has to do it.”

He said it’s a beautiful place to go. And it is nice to be giving back to the community.

“Aside from getting the work done, a lot of the boys enjoyed the opportunity to climb further up the hill during the lunch break to enjoy the spectacular view. Just the whole feeling of being up there planting and sitting down eating our lunch with a magnificent view was really special, especially when you are doing it with your mates, for the community.”