Robust, clump-forming perennial with long, thick, white rhizomes. Leathery, arching leaves (20-70 x 2-6 cm) with watery sap grow from the base in clumps of up to 20. Umbrella-shaped clusters (7 x 5 cm) of many small, purplish-blue or white flowers are produced from December to February, followed by thin, papery, black seeds.

Native rengarenga lily is similar in leaf form, but has paler leaves and white flowers.

Plants often resprout and seed bank reinfests bared sites thickly, so follow up frequently until eradicated. At least 3-4 follow up treatments are needed. Begin eradication at top of banks and work down. Don't replant until after 2-3 treatments. 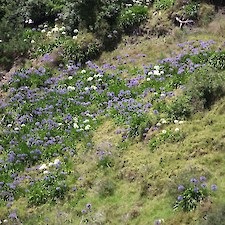 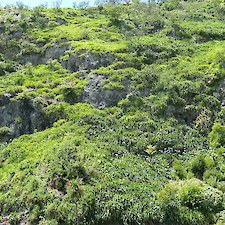 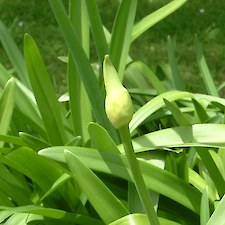 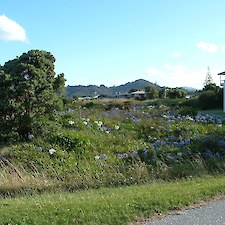 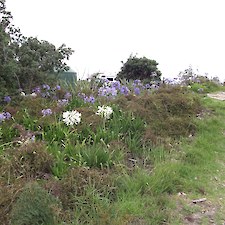 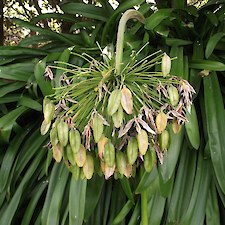 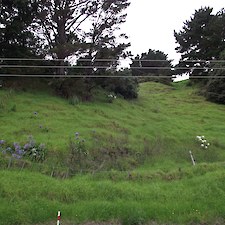 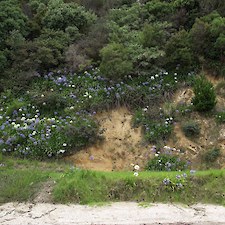 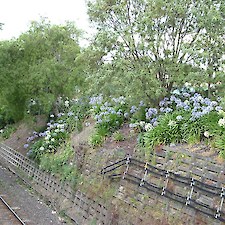 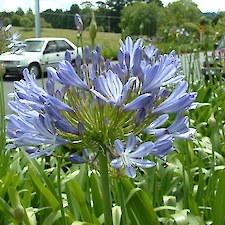 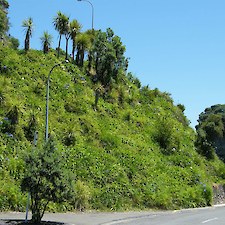 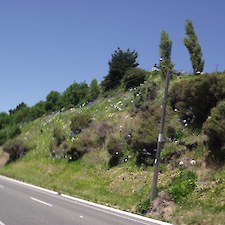 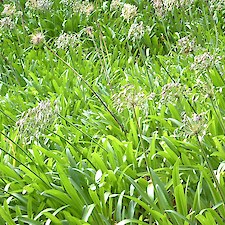 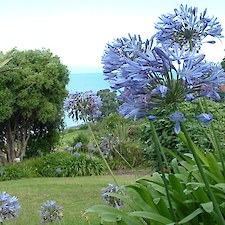 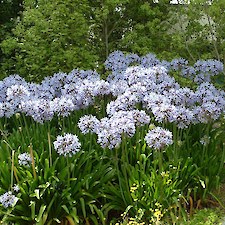 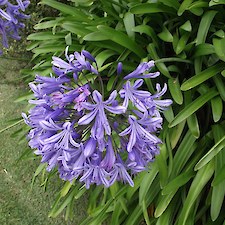 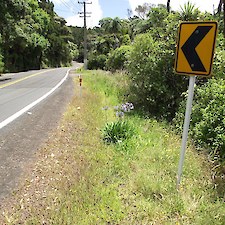 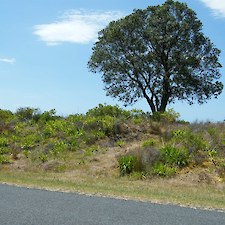 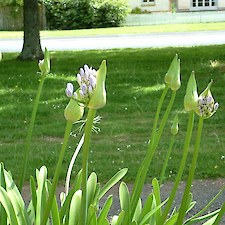 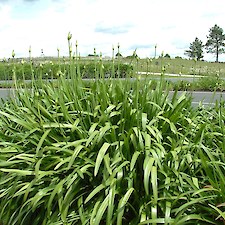 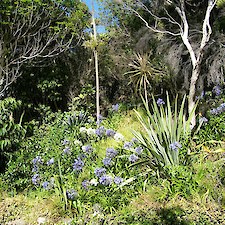 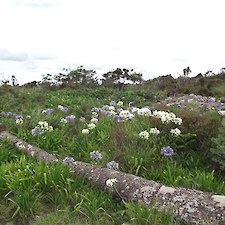 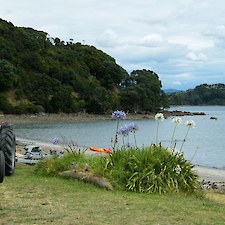 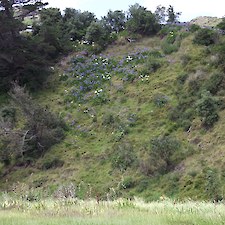 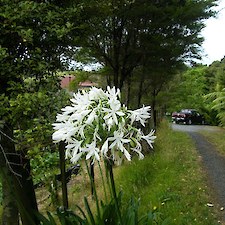 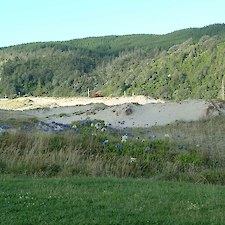 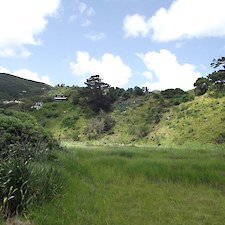 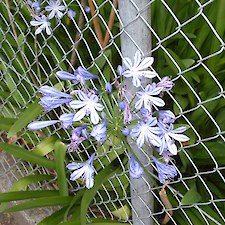 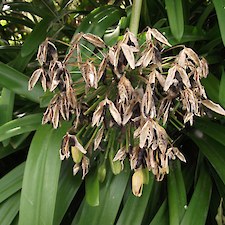 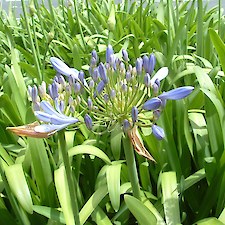