Double flowered and white cultivars are sold that probably do not become weedy. Bell heather (Erica cinerea) has needle-like leaves and 6 mm long flowers. Berry heath (E. baccans) has leaves in whorls of four and ridges and depressions in the flower tube. Several large shrubby Erica species are similar.

Forms dense stands, suckers and seeds profusely, and is faster growing than its subalpine competitors. Tolerates cold, high to low rainfall, semi shade, and poor soils, but is intolerant of heavy shade.

Suckers are spread in soil and seed is spread by wind, water and soil movement.

Suckers resprout and seeds germinate into bared areas, so avoid soil disturbance. Exclude livestock. Sites amongst taller regeneration may often be left for natural succession. Begin control at roadsides and bare margins to minimise spread. Follow up annually until eliminated. 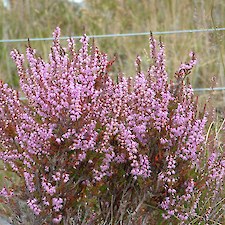 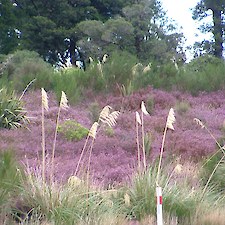 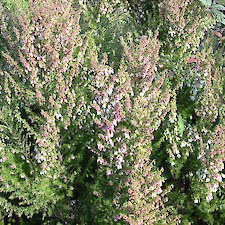 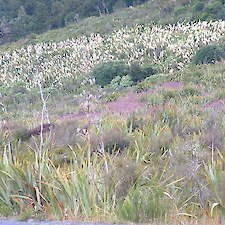 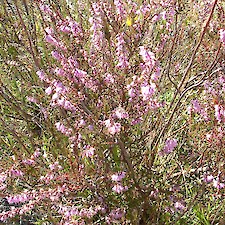 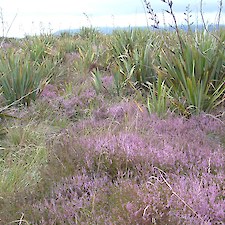 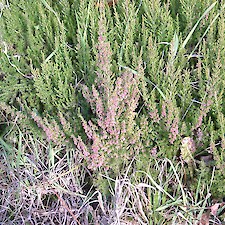 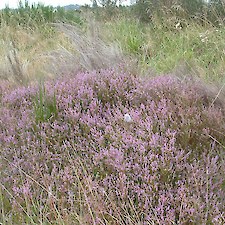 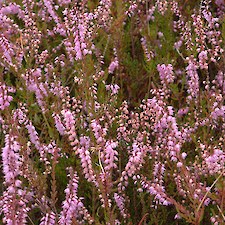