Deciduous or semi-evergreen shrub (<4 m) with stems that are erect or slightly arching, covered with dense brown downy hairs when young, are hairless brownish-grey with mature, and often covered in sooty mould. Shiny pale-green leaves (13-25 x 7-15 mm) crowded or bunched along stems have thin hairs on top when young but are hairless when mature. Clusters of 1-4 small whitish to pale pink flowers (Nov-Dec) are followed by shiny orange-red or scarlet berries (5-10 mm long). 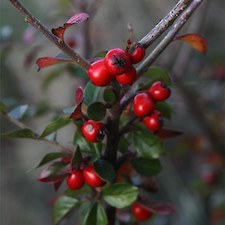 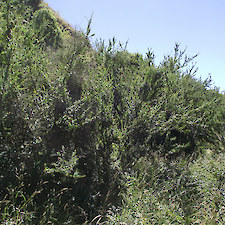 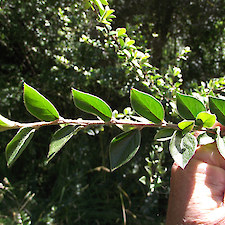 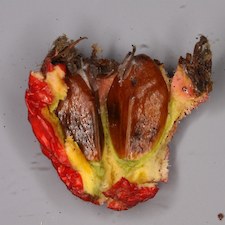 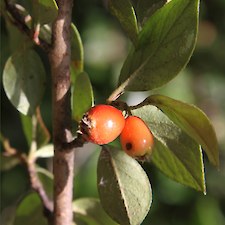 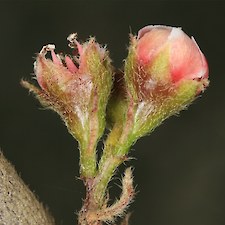 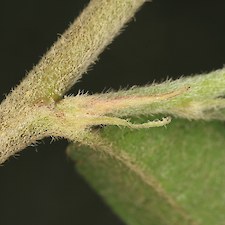 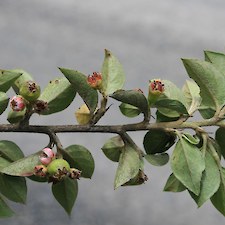 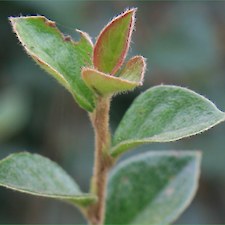 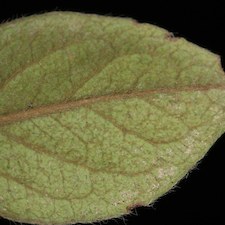 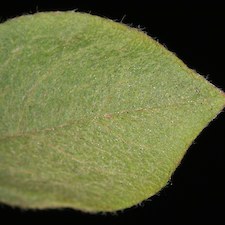 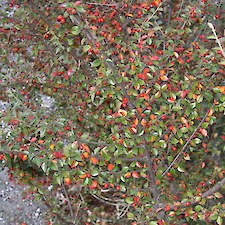