Italian arum (Arum italicum) is similar and is also weedy, but has distinctive white veins on the tops of the leaves.

Long-lived and persists under regenerating canopy, forming dense patches excluding other vegetation. Tolerates wet, wind, salt, hot to cold, most soil types and moderate shade, and is drought-resistant once established. Stock avoid it as it is poisonous, allowing it to gradually dominate grazed sites.

Seeds drop near to parent plants, and are occasionally spread by birds and water. Clumps expand slowly by new shoots, and tubers and seed are spread by dumped vegetation and soil movement.

Smothers the ground preventing the establishment of native plant seedlings. It is unlikely to poison native fauna.

Mowing gives no control. Digging usually leaves root fragments and dropped tuber pieces which resprout. Small infestations may be left untreated where regeneration to dense forest is occurring, however removal of arum will increase native seedling establishment rate. Exclude all livestock from site when treating. 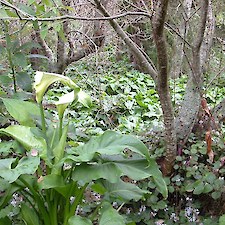 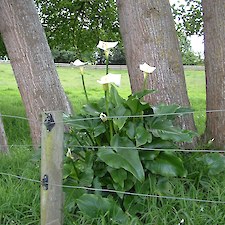 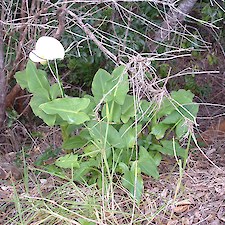 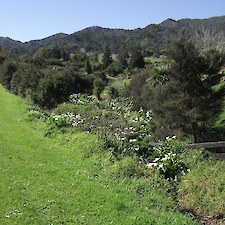 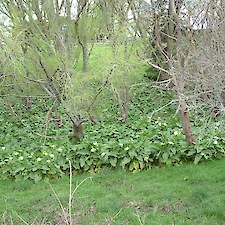 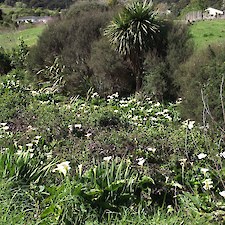 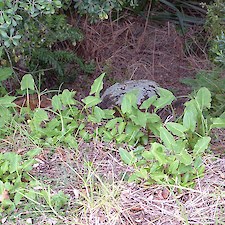