Two growth forms are known: (1) cultivar 'Sprengeri' is a trailing scrambler with stems to 2 m that are branched towards tips, and with sparse cladodes (flattened leaf-like stems,10-25 mm) that are flat in cross section, and (2) cultivar 'Meyeri' has erect stems to 700 mm forming a dense cylinder, and is covered in cladodes (5-10 mm) that are triangular in cross section. Both cultivars have small tubers, thin wiry stems, tiny pinkish flowers and bright red berries.

Climbing asparagus (Asparagus scandens), and asparagus fern (A. setaceus, also known as A. plumosa) are similar.

Birds spread the seeds, and tubers resprout and are spread by soil and water movement. Common as both a garden and house plant, and occasionally found in hedges.

Can smother shrubs and other low vegetation.

1. Dig out tubers. Dispose of at a refuse transfer station or burn. Leave rest of cut material on site to rot down.
2. Spray (spring-early summer only): glyphosate (20ml/L). Do not add penetrant when spraying against tree trunks. Spray lightly, avoiding runoff. 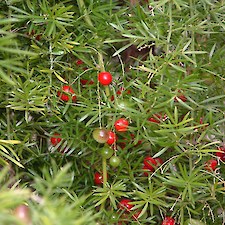 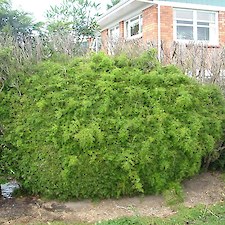 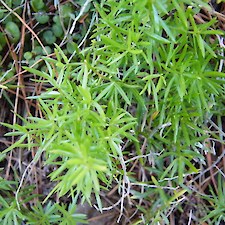 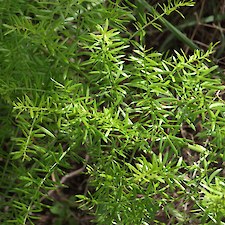 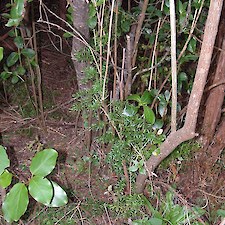 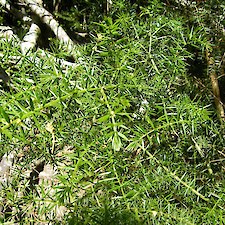 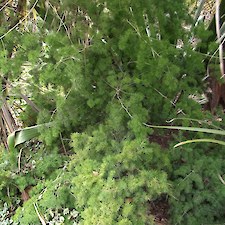 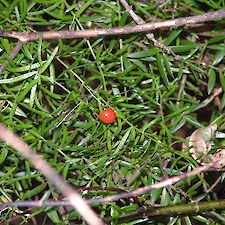 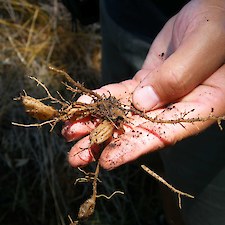 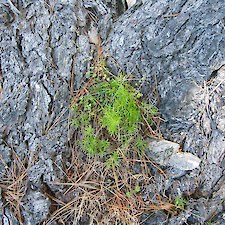 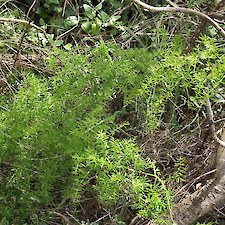 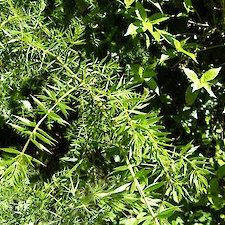 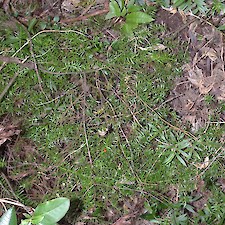 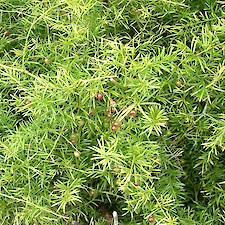 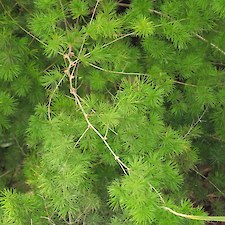 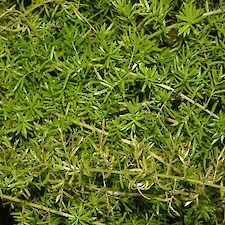 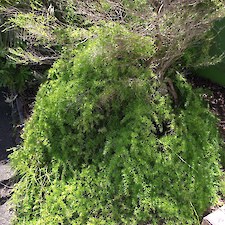 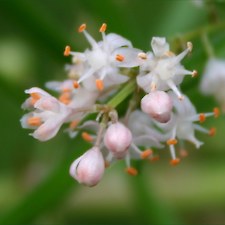 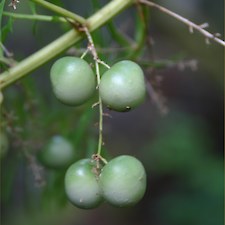 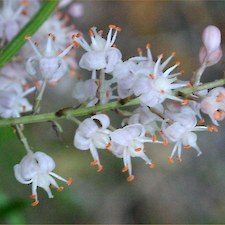 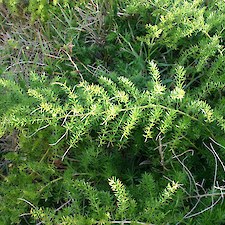