Submerged, bottom-rooting perennial (<8+ m). Brittle, branched, slender stems (1 mm diameter). Translucent, linear, dark green leaves (6-12 x 2 mm) are in whorls of three (opposite at base). Male (very rare) and female flowers are on separate plants. Produces white, 5-petalled flowers (5 mm diameter) tinged with purple that sit on the surface of the water on long thread-like stalks. No seed is set in New Zealand.

Lagarosiphon, Egeria, Hydrilla are all similar.

Grows in moderate to highly-lit submerged sites and tolerates a wide range of temperatures. Moderate growth rate, tall, long-lived, dense, and crowds out and overtops smaller native species. Brittle stems break and fragments root downstream or wherever they are dumped. Lacks native plant competitors of similar height, but unlike other oxygen weeds, often co-exists with native species.

Can form deep underwater 'meadows', shading out smaller native species and prevents seedlings of native species establishing. Large clumps dislodge from these 'meadows', causing flooding. Rotting vegetation stagnates water, killing fauna and flora. Tends to be replaced by Lagarosiphon or Egeria and other weeds if these are also introduced into the same waterbody.

Rivers, lakes, dune lakes, and other waterbodies with moderate to high light and temperatures under 28 degrees C. 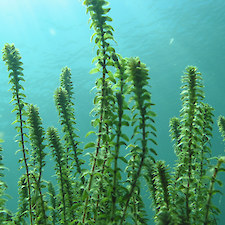 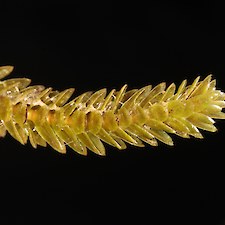 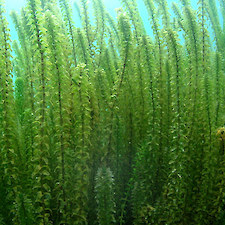 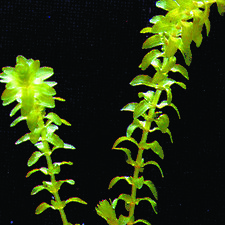 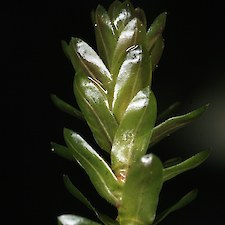 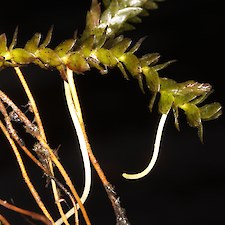 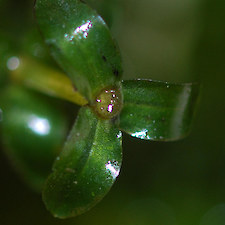 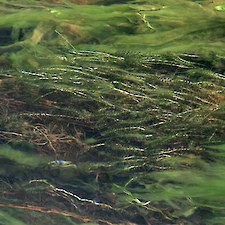 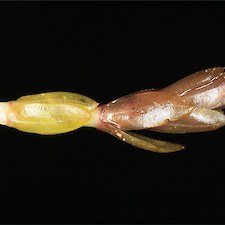 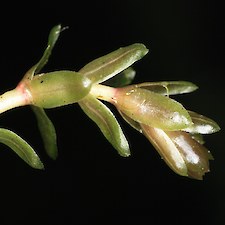 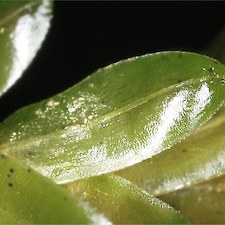 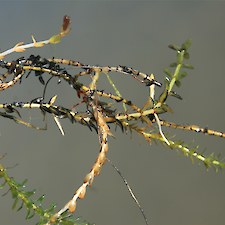 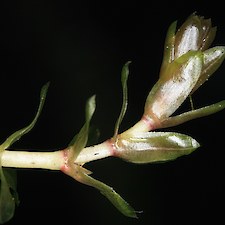