Massive clump-forming perennial (<5-8 m tall) with thin green or variegated leaves that tends to 'droop' at the edges of clumps where it is not supported by the mass of canes. Dense root mass and short rhizomes. Woody stems are erect but become semi-lax over time. Bluish-white (occasionally white striped) bamboo-like leaves (30-90 x 5 cm) with parallel veins are arranged alternately along the stems. Fluffy terminal seedhead.

Phragmites australis, Phyllostachys aurea, and Bambusa species are all similar.

Giant reed forms dense thickets that crowd out and shade out other more desirable species. It can also block drainage. It spreads from root fragments, either through soil movement or dumping of garden waste, and although it rarely sets seed at the moment, there is concern that this may change in future.

Most or all of its spread is by rhizomes as little or no seed is set in New Zealand. Broken stems may occasionally resprout. Rhizomes and broken stems are spread from roadsides, tips and gardens by water movement and dumping of greenwaste.

Slowly crowds out all other species, often killing plants by smothering them from above, and blocks streams, causing flooding. Potential wetland weed, and can affect aquatic native fauna.

1. Cut down close to ground. Dig out entire root/rhizome mass. Dispose of at refuse transfer station or by burning.
2. Cut down close to ground. Spray regrowth with amitrole (10ml) + 520g/L haloxyfop-P-methyl (10ml) + penetrant per 1L water before it reaches 60cm. Continue respraying at under 60cm until regrowth ceases (normally requires 4-6 treatments). Minimise herbicide contact with soil and other vegetation as amitrole is non-selective, residual and corrosive. Stray emergent shoots can be cut at ground level and 10ml amitrole (undiluted) injected into each stem.

While slashed stems can be left or dumped, stumps always resprout and digging root masses can leave rhizomes behind. Follow up control work frequently until eradicated. Don't replant until six months after last herbicide application. 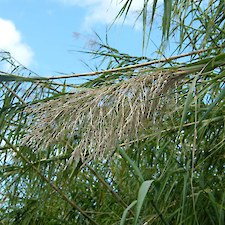 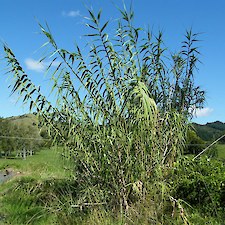 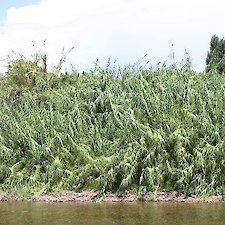 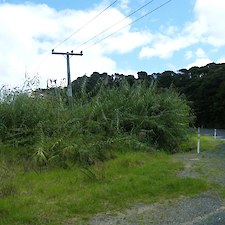 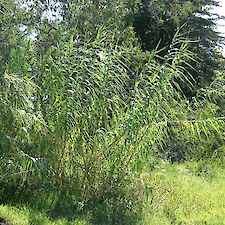 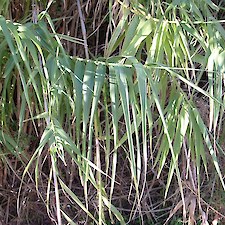 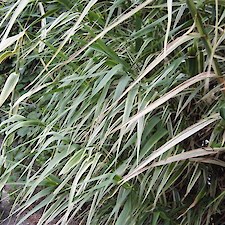 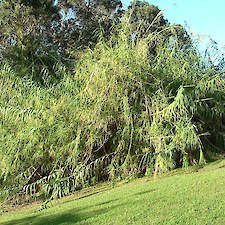 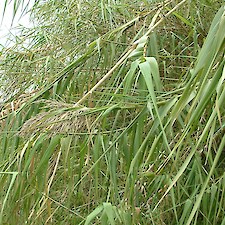 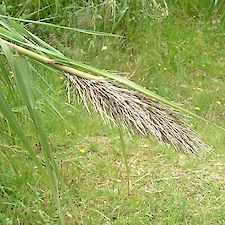 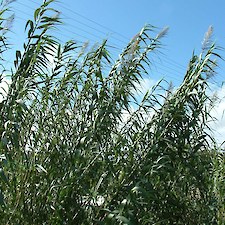 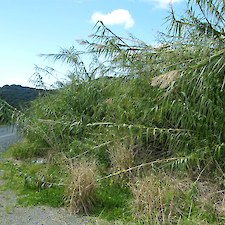 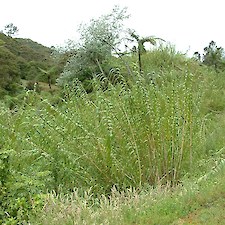 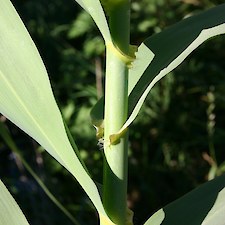 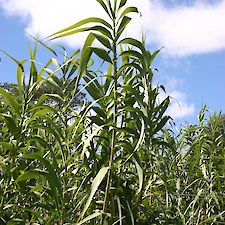 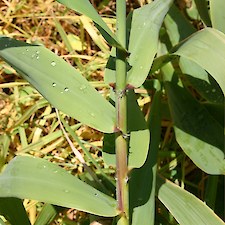