Creeping, perennial, hairy, mat-forming grass with very long stolons that root frequently and occasionally climbing to 2+ m when supported by other plants. Also has long rhizomes. Soft, drooping, bright green to yellow-green leaves (5-40 x 3-9 cm) are alternate, sparsely hairy above and below, have folded blades and a fringe of hairs around the leaf where it wraps around the stem. Pale-green to white sheath has soft hairs (2-4 mm). Seedheads are made up of 2-3 tiny spikelets in upper leaf sheaths, and wispy anthers and stigmas that protrude from leaves.

Axonopus affinis, Paspalum distichum and Stenotaphrum secundatum are all similar.

Kikuyu grows rapidly, and scrambles over or creeps under most plants, forming mats. Tiny fragments are effectively dispersed. Tolerates wet to serious drought conditions, hot to moderate cool, salt, wind, damage and grazing, and most soils. It is intolerant of moderate frost and shade, but will extend rhizomes and stolons 3+ m into heavy shade from well-lit sites.

Rarely seeds, so mainly spread by stolon and rhizome fragments. Seeds can be spread by livestock in their dung, and seed and fragments are spread by contaminated machinery and boots, dumped vegetation, soil movement, and road graders.

Forms dense, tight, long-lived mats, excluding all other species, and smothers all low-growing species, preventing the establishment of native plant seedlings. It can become the last species in an area where the native species have been completely overtaken by weeds. It blocks waterways and carries fire.

1. Spray: 520g/L haloxyfop-P-methyl (60ml/10L + penetrant) if you want to kill grass species only or glyphosate (100ml/10L + penetrant) during drought or other stress, which kills grasses and broadleaves. Do not spray after heavy frost.
2. Weed mat (small, isolated spots only): leave for 2- 3 months. Only suitable around plantings. 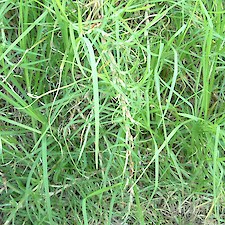 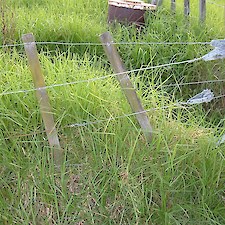 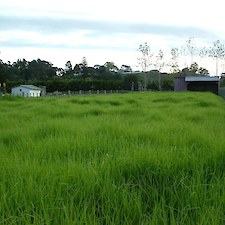 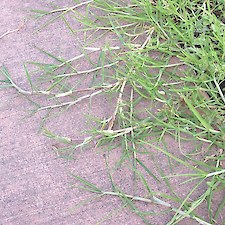 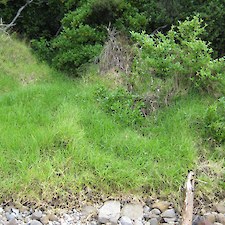 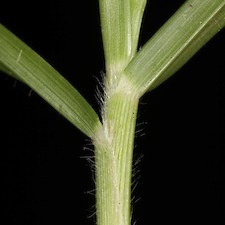 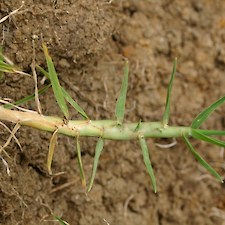 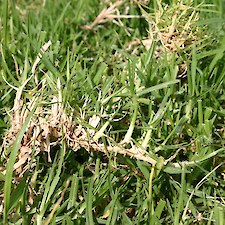 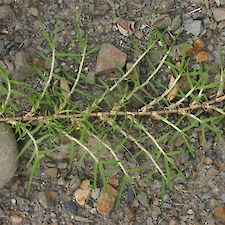