Erect, evergreen shrub (<1-2+ m) with stems that are woody, brittle, and densely hairy when young. Fragrant, needle-like leaves (3-7 mm long) grow in whorls of 3-4 with the margins rolled under and touching, concealing the undersurface. Densely arranged clusters of bell-shaped, white (pink when in bud) flowers (3-5 mm long) at the end of stems (Mar-Dec), followed by a hairless seed capsule (3 mm long) containing many tiny seeds.

Forms dense stands, especially on disturbed and bare sites, and prevents the establishment of native plant seedlings. Usually succeeded by native plants in tall-growing plant communities, but is long-lived in shorter vegetation. 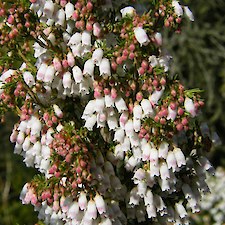 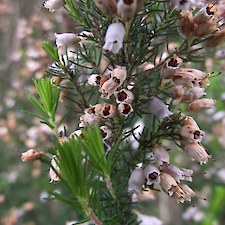 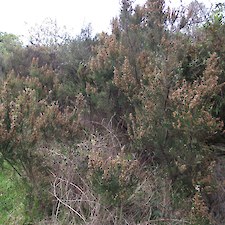 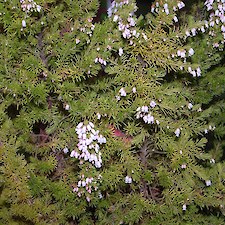 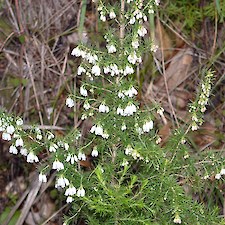 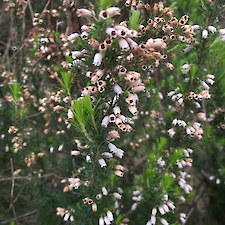 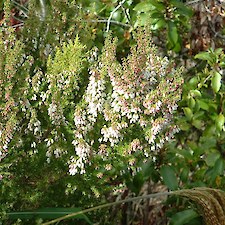 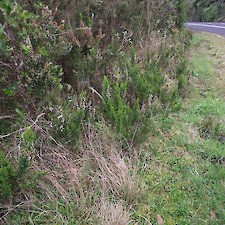 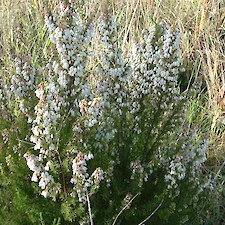 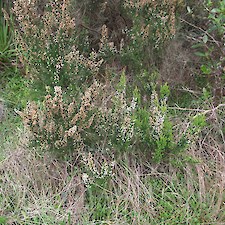 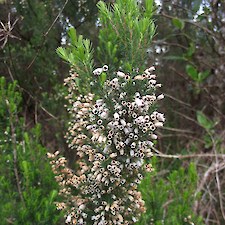 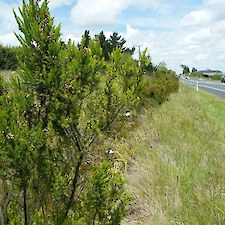 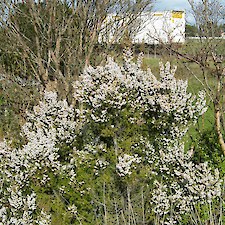 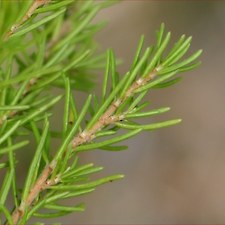 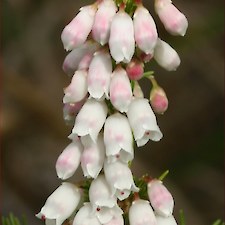 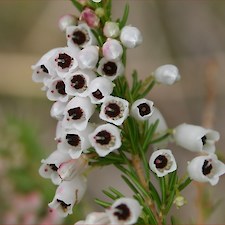 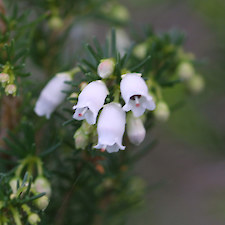