Annual broad-leaved herb (<1-2.5 m tall) with large, circular or heart-shaped leaves that are velvety and clammy to touch and smelly when bruised or crushed. Large (3 cm across) buttery-yellow flowers appear in spring to autumn and only open for a few hours. Large, distinctive seed capsules form a cup-like ring of 13 woody and hairy segments about 2.5 cm across. Segments remain intact at maturity and each releases 1-3 seeds through a slit on the top of the capsule.

Produces allelopathic chemicals that can inhibit water uptake and chlorophyll production in many crop plants. Germination occurs over a long period during summer, mostly from seeds in the top 25 mm of soil. Seedlings are vigorous, the plant grows rapidly in its first few months, and even small plants, produced from seed germinating in late summer, can flower and set seed. Thousands of long-lived seeds (<50 years) which can survive digestion by cattle and silage making processes are produced per plant.

Contaminated farm machinery, livestock (manure and hooves) and as a contaminant of grain, silage or seed.

Regarded as the world’s worst cropping weed, damaging arable crops, lowering crop yield by competing with them for nutrients, space and water. Even moderate infestations that emerge the same time as the crop does can reduce production by 25% or more.

If you think you have found velvetleaf, do not attempt to control it yourself - contact your regional council/unitary authority immediately for advice and assistance. 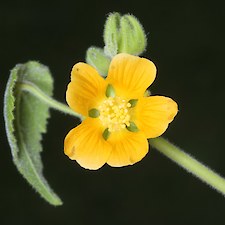 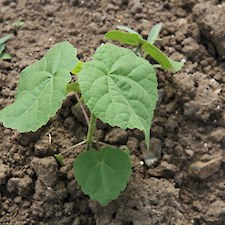 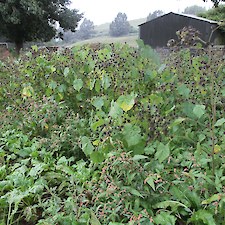 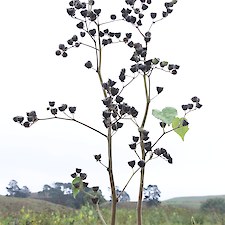 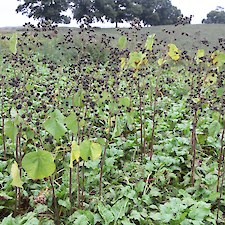 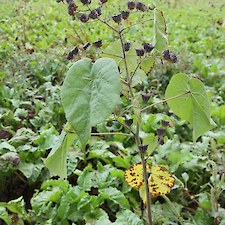 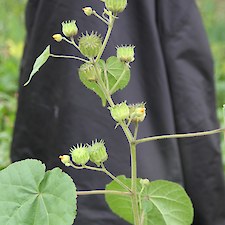 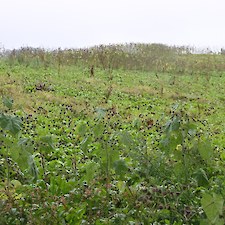 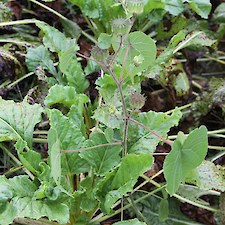 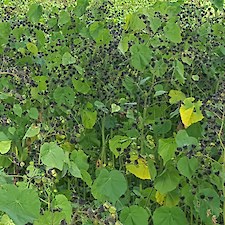 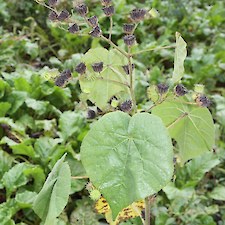